Out of work and down on her luck, Lucie Rizzo is forced to do the one thing she’s long avoided—come home to her nutty, mob-infested family. A move that brings her back into the tempting arms of Frankie Falcone, the smoldering Italian ex who’s no stranger to living with the mob.

When Lucie parlays her temporary dog-walking gig into a legit career, Frankie becomes her number one supporter. Suddenly, shaking her mob princess reputation doesn’t seem so crazy…until three of her clients are dogjacked.

Despite help from the on-again, off-again Mr. Fix-It in her life, Lucie is thrown into a criminal conspiracy straight out of a gangster movie. One that, if she’s not careful, could leave her sleeping with the fishes. 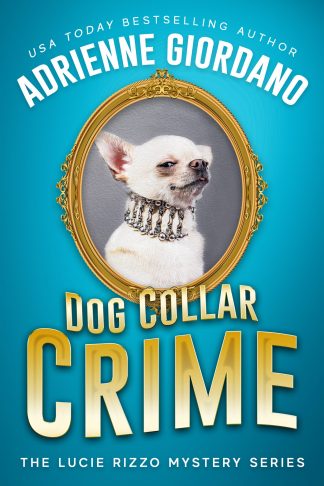